Event: SOUTHEAST ASIA 1075 A.D. Sydney is out in the field looking for a relic while accompanied by a women's talk show hostess and her cameraman. Nigel and Karen are back at the office. Sydney is entering a temple when rebels in the local Gamora Heights district stage a rebellion. The men are after foreigners. Sydney and the others take refuge in the temple, while Nigel and Karen collaborate with the show's producer back home to try and get aid to Sydney. Sydney manages to get into the temple, but the rebels trap her and the others there. They make a makeshift flare, send up a signal, and the government troops arrive to rescue them. They find out that the soldiers never saw the flare, and it was due to Nigel's intervention back in the States that they were rescued. 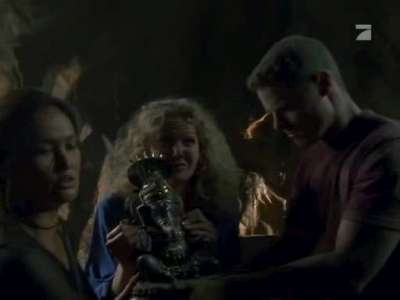