Event: NEW ENGLAND COLONIES 1692 A.D. Hundreds of years in the past a Wiccan ceremony is interrupted by the locals. In the present, the amulet used in the ceremony is given to Sydney's student Meg, who recites the incantation and goes into a coma. Sydney and Nigel look into the matter and discover the amulet has mystical powers, and will grant the person who invokes it correctly great magical powers. Someone else, a friend of Meg's boyfriend named Blake, is also looking for the amulet and manages to procure it from Karen using hypnotic/magical powers. A seerest, Zanda, warns that they need the amulet to restore Meg. Blake is indeed a warlock, the son of the man who interrupted the opening ceremony, and he has used his magical powers to augment his fraternity house, Nu Theta Phi. Sydney and Nigel manage to interrupt the ceremony in the secret catacombs of the frat house, defeat, Blake, and restore Meg to normal. 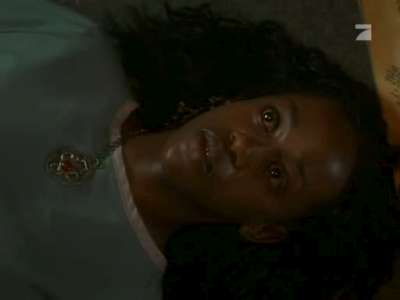