Event: PALACE OF THE TALIBS, ENDOSTAN 1423 A.D. Sydney and Nigel travel to the Middle East to meet an old friend of Sydney's, who is now a queen, only to discover that she has died in a mysterious accident. Assassins are still after the sultan, who Sydney rescues. The queen was looking for the Star of Nadir, which is a token of true rulership. If the Sultan has it, he can put down the various conservative Arabic factions united against him. Until then, he has commited his daughter Alia to marriage with Jamal, the son of Hakim Mustafa, one of the leading conservatives. Alia has other plans, much to Hakim's distaste for a non-traditionally acting woman. Alia, Sydney, and Nigel go looking for the Star, and discover that the castle head of security was the one responsible for the death of the queen, and has been working in cahoots with Hakim. They find the Star and get taken prisoner by the head of security, but Sydney gets the upper hand. Jamal turns against his father, who is forced to g 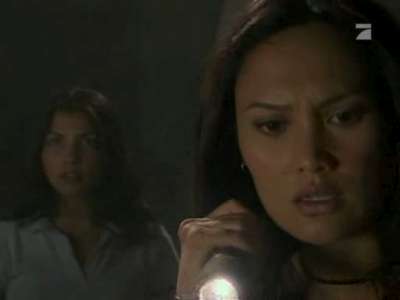