Shore takes up Admiral Denver's challenge that the WASP's of today can't take the rigours of an old-time sailing vessel. Phones and Lt. Fisher are assigned to Denver's crew. When a storm hits, Denver is knocked out and loses his memory and Phones and Fisher are cast adrift in a small dinghy. They are rescued by Troy who has been following in Stingray but, when Stingray approaches the sail boat, Denver begins firing his guns wildly at the sub. Troy, however, succeeds in overpowering Denver who later regains his memory in hospital. 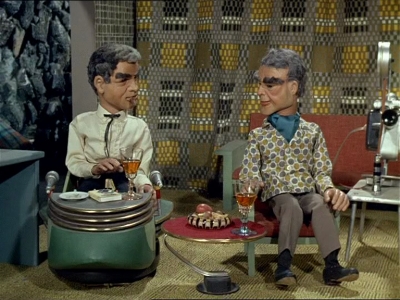