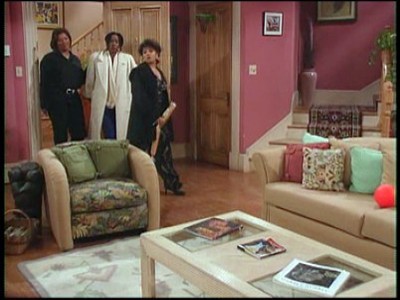 Overton and Synclaire's relationship gets off to a rocky start, thanks to bad advice from their friends. Regine tells Synclaire that her aggressive behavior (kissing Overton) will drive him away, while Kyle convinces Overton to show up late for their date to the flea market to avoid seeming needy. Both believe they have been stood up, and sulk for days. Khadijah, Max and Regine continue to throw themselves at Hamilton, especially after learning that he is a medical student. Regine cooks him a gourmet meal, while Khadijah purposely allows Hamilton to tie the ball up (and put his hands all over her) during their one-on-one game in the hallway. Kyle decides to throw a party to get Overton and Synclaire back together, and entices the others to come by inviting Hamilton. Overton and Synclaire apologize for the misunderstanding, and Hamilton asks Khadijah out for drinks. Unfortunately, he proves to be too good to be true--he is a cheapskate and a bore.