A Christmas to Remember

In an effort to brighten the Christmas of the orphaned son of an ex-WASP Aquanaut, Troy asks him to join the Stingray crew in the re-enactment of the battle when a mysterious enemy craft was abandoned. Unknown to anyone, a member of the crew is still aboard when Phones takes command. Held at gun point, Phones is forced to draw Troy into a trap but the Stingray captain manages to rescue his buddy and solve the mystery. 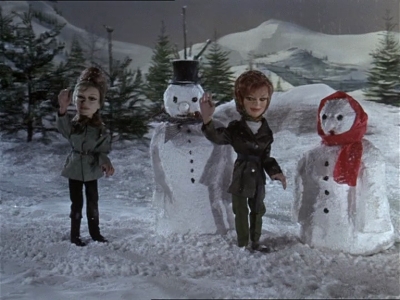