Amanda holds Alex hostage and tells Nikita she will release Alex in exchange for Ari. Michael assigns Nikita and Sean to handle the exchange of prisoners, but Ryan adds Owen to the team at the last minute, which makes Michael suspicious. While in captivity, Alex befriends a fellow prisoner named Larissa and vows to break them both out of the jail, which ultimately conflicts with Nikita’s plan, forcing Alex to choose between Nikita and her promise to Larissa. 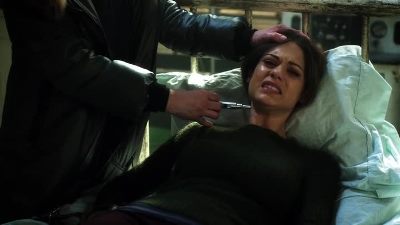