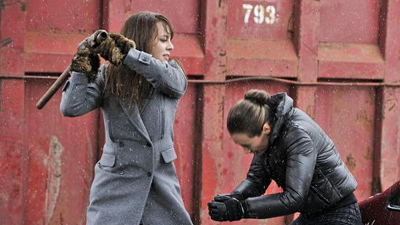 In order to gain control of the black box, Amanda makes plans to kidnap Ari's son Stefan (Dylan Minnette) to use him as leverage. Still in Division’s protective custody, Ari begs Nikita for help. However, Stefan’s bodyguard Krieg (Andrew Divoff) manages to capture both Nikita and Amanda and the two must work together to escape. Owen is furious with Michael after Michael assigns Alex to be Nikita’s back-up instead of him.