Kyle hosts his company's junior executive poker game; and hopes to impress the junior vice president, Lawrence, who is on the verge of giving him a promotion. The ladies decide to crash the game after the pizzas are mistakenly delivered to their house, but Kyle's co-workers refuse to let them into the game. Lawrence takes a liking to Regine, and they set up a dinner date. Although he is a perfect gentleman on the date, Lawrence brags about his supposed exploits to his co-workers the following day. Kyle agonizes over whether to defend Regine's honor, because he fears that Lawrence could curtail his career. The girls crash the poker game again, and Lawrence allows them to play. Using tips about her opponents' weaknesses provided by Overton, Khadijah proves to be the big winner. When Lawrence calls the ladies ""bitches,"" Kyle confronts him. He tells him off for insulting his friends and lying about Regine, and orders him to leave. He tells his friends that he is not really worried about La 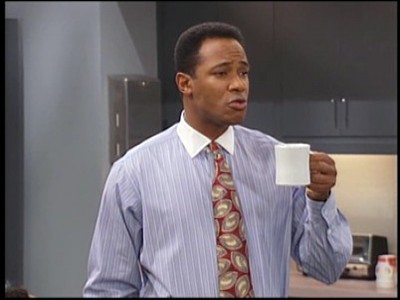