When Khadijah is stricken by the flu, she reluctantly allows Synclaire to take charge of the office. However, she enlists Regine (who is on a paid vacation while the boutique undergoes remodeling) to go into the office to keep an eye on Synclaire. Russell, the music editor, is furious when his column is cut (although it was Khadijah's decision). He quits, and announces that he will not return as long as Synclaire is running the magazine. While the office is in chaos, an important prospective client arrives, as Synclaire had forgotten to re-schedule the appointment. Synclaire calls Khadijah to ask for help, but Khadijah is too drowsy from the medicine that Max had given her. Synclaire improvises, offering to refund the man's money if the ad does not increase sales at his Brooklyn shoe stores. Khadijah is impressed by Synclaire's work, and admits that she also makes things up as she goes along. A full-page photo of Russell confuses her, but Synclaire explains that it was the only way to 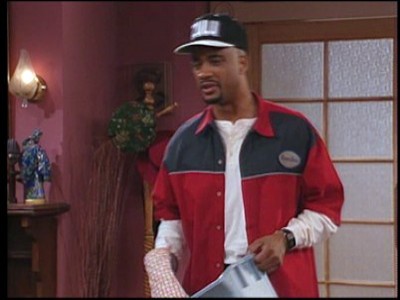