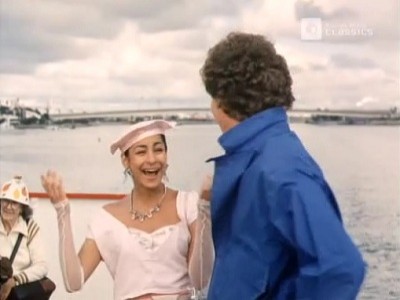 Innocently given a friendly kiss by a woman named Aleeya "Ali" Casir, Mark unwittingly falls into the middle of a major international incident: Assuming that Mark is the American his daughter has been living with, Sheik Abdullah Casir, Ali's father and the leader of an oil rich mid-eastern country, decides to take whatever steps are necessary to protect his son's honor. As a result, Casir orders his Americanized daughter to marry Mark. Meanwhile, Hassan and Rabin, Casir's sons, begin to set up a drug dealing operation. Hoping to maintain friendly relations with Casir, the State department approaches Mark and "requests" that he marry Ali. Although Hardcastle tries to explain to Casir that Biff Anderson, Ali's real boyfriend, would be more than willing to take Mark's place, Casir, having already made an official announcement, is unwilling to change his plans. Forced to follow through with the wedding, Hardcastle, having learned about Casir's drug dealing sons, decides to use the ceremony as an opportunity to expose Hassan and Rabin. Confronted with his sons' guilt, an angered Casir vows to spare himself grief by staying out of his children's lives. As such, the wedding is canceled. Later, Mark is amused to hear that Ali has left Biff to marry a 35 year old television executive.