You're Sixteen, You're Beautiful and You're His

While judging the Miss Sixteen beauty contest, Hardcastle becomes wrapped up in the life of car salesman Ed Whitman, the pageants grand marshal. Worried when her boyfriend Victor Hernandez reveals that his uncle disappeared while sneaking across the Mexican-United States border, Melissa Whitman, Ed's sixteen year old daughter and one of the pageant's contestants, goes to Hardcastle for help. Although Victor's uncle does eventually turn up alive, Hardcastle decides to find out what happened. With Victor's reluctant help, Hardcastle discovers that a man was murdered during a transfer of illegal immigrants across the border. Thanks to Victor, Hardcastle also learns that a lawyer named Antonio Morales, who claims no knowledge of the murder, has been helping to arrange illegal immigrations. Before the judge can get more information from Victor's uncle, the illegal immigrant is murdered. With Morales' help, Hardcastle goes undercover as a perspective immigrant. The judge's plan works and the illegal immigration ring is stopped. At the same time, Hardcastle discovers that Ed Whitman is the mastermind behind the illegal operation. Returning to the United States, Hardcastle and McCormick help the police take Whitman into custody. As the episode ends, Melissa loses the pageant to a girl named Sara Jane Rose. 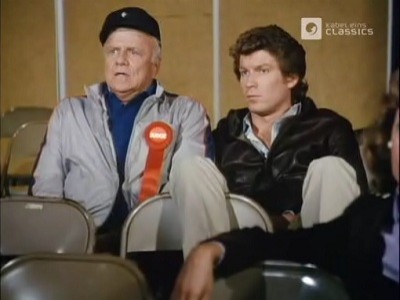