While in pursuit of a fugitive, Darien is shot. He finds himself in the care of a army veteran, Ev Rankin. Rankin needs Darien's help to free his son, who's still missing in Cambodia. Darien doubts that the son would be alive, but according to SELMA, a ransom demand will be made 48 hours later - and shortly thereafter, Rankin's son will be killed. Darien and Rankin seek out a notorios double agent, who may have information about Rankin's son, but before they can question him, the agent is killed. How will they now find the right rebel hideout? And will they get there in time? 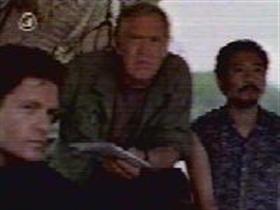