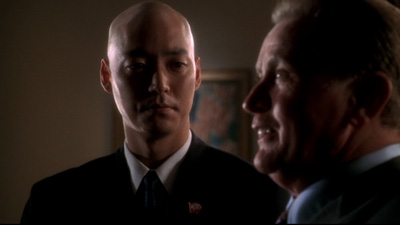 Josh fails to sway an unruly congressman who insists on voting against the administration on the vice presidential confirmation, but Ryan reaches out to get him to change his mind; Leo fears that the potential defection of a prominent North Korean pianist will jeopardize secret nuclear disarmament talks; Will and Toby are humiliated when an early draft of a speech outlining their struggle to laud Bob Russell's confirmation is erroneously substituted for the final version; Donna's aunt and uncle from Wisconsin pay a visit, testing Josh's ability to refrain from bad cheesehead jokes during their tour of the White House; the staff struggles over how to language the state of the economy; fearing that the administration is drifting off-course, Toby wants to hand over more responsibilities to Will in order to focus on getting back to their core message.