Mason Stark hates his life. A year ago, he lost his wife Kristin to a mugger's bullet and he still blames himself for not doing more to protect her. And today, he was fired from his job. With a gun in his hand and a severance package on his desk, Mason finds himself torn between suicide and psychosis - between killing himself and killing his co-workers. But before he can do either he's pulled into another dimension, into a world where there are hundreds of Mason Starks, each with a different life and a different character. The version of himself that brought Mason here is a powerful, manipulative man - we know him as Stark - who, in this dimension, runs the same company that fired Mason. Stark explains that he built a machine, the Quantum Mirror, to explore all those different versions of himself, only to have his experiment go horribly wrong because he pulled a murderous version of himself, a man we know as Mace, into his reality. 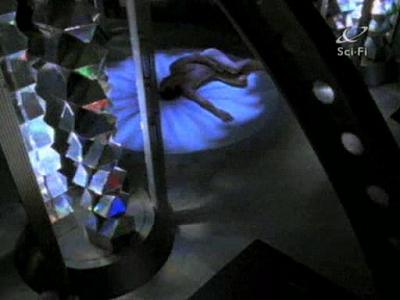