Girl on the Trapeze

Keel, reviving a young woman who has jumped into the Thames, is led to the Radeck State Circus, where the trapeze girl is guarded, her face covered by bandages because of an accident. The 'trapeze girl'proves to be the daughter of a defecting scientist, who will be used to force her father to return home. When Keel discovers this, he and Carol are captured by Zibbo the Clown, who will shoot Carol if the police investigation is not called off. 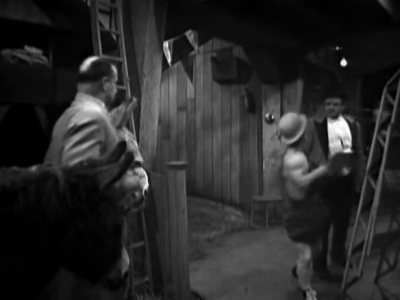