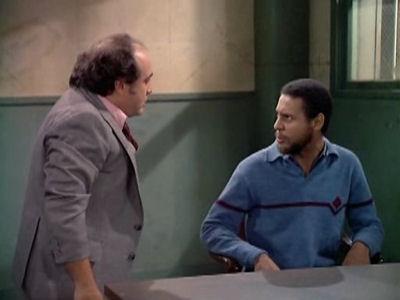 Louie lets Jeff, his assistant dispatcher, take the rap for skimming money from the company (that Louie is actually responsible for), assuring Jeff that he'll smooth everything over. Louie overdoes it when he reprimands Jeff in front of the garage owner, though, and the owner not only fires Jeff but has him arrested. Louie eventually tells the owner the truth before Alex has a chance to turn him in, but the owner thinks that Louie is only doing it to protect Jeff. The owner decides as a favor to Louie to drop the charges against Jeff and hire him back, so Louie's crime ends up going unpunished despite his good intentions.