Event: HAITI LATE 18TH CENTURY Two graduate students on the trail of the Haitian Cross of Utu disappear in New Orleans and Sydney and Nigel go down on the bayou to find them. Sydney and Nigel uncover more than they ever wanted to know about voodoo, when picking up the young scholars' trail, including a modern day Utu cult hell-bent on keeping its prized black pearl talisman with its amazing powers a secret. 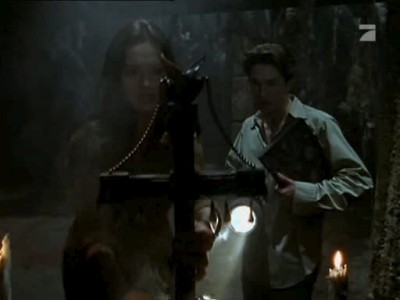