Barbara remains barricaded in her cell overnight, until Erica manages to talk her out by promising to protect her from Doreen and Vera. Barbara is then transferred to another prison, after an apology from Doreen, who has finally dropped the tough act and returned to her old self. Steve tries to keep Karen's spirits up as her retrial begins, despite the prosecution's determination to prove that she is a liar who is simply playing for sympathy. Lynn's father arranges a work placement for her at the nursery belonging to his friend Syd Butterfield. Catherine gets a visit from Ken, who tells her he is moving to Sydney to work: the house will be let out and Sarah sent to live with relations. 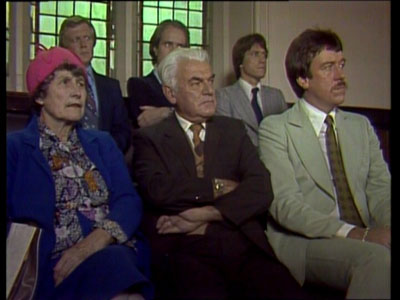