Steve tries to track down Karen's mother to give evidence at the retrial, but she refuses point blank to do so. Lynn and her father make up, and Lynn gets 12 months for her part in the disastrous payroll robbery. Catherine is struggling to settle in with the women; she finds it hard to adjust to their less than refined ways and has to learn the "no lagging" code. In addition to this, Sarah turns up at the prison to moan her parents don't love her. Erica clashes with Vera over her telling the VJ that she and Barbara are related. Erica's ex, Michael, tries to talk her into giving Barbara preferential treatment. Doreen continues to bully Barbara and goads her into a fight, egged on by Vera. Unable to cope any longer, Barbara barricades herself in her cell and theatens to burn the place down. 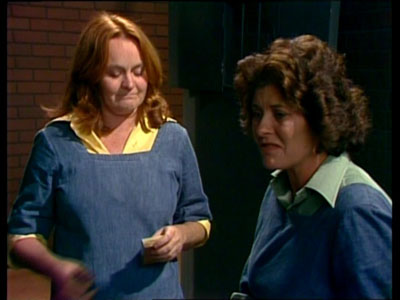