Franky talks Doreen into robbing a hardware store but the hold-up goes wrong when the police arrive on the scene. Franky tries to make a run for it, shooting a policeman, but is gunned down in the process. She dies in Doreen's arms, telling her to flee while she can, her last words a defiant "bloody bastards..." Doreen runs off. Catherine Roberts arrives at Wentworth, charged with killing Sarah's rapist. She has a hard time dealing with the startling alien world of prison life, while back at home hubby Ken drowns his sorrows and hires Steve to take on her case. She is released on bail. Jean moves into Meg's unit and flirts with Dr Greg. Karen gets a letter from Franky, sent before her death. Soon after, the women hear on the radio she has been killed. Karen realises Greg is paying Steve Wilson to defend her and is furious. Doreen turns up at the prison gates and asks to be let in. Back in the cell block, Doreen spots Karen and attacks her, blaming her for Franky's death. 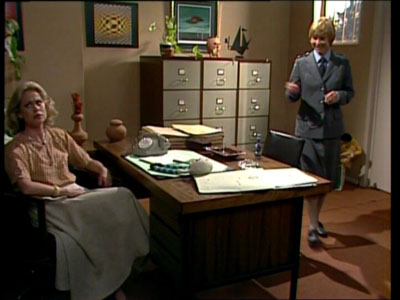