Bea is furious to learn from Vera that Barbara is inside for smuggling drugs. Lynn, back from hospital, helps Bea and Lizzie find Barbara's drug supply. Bea force feeds her with them, drawing the screws to the scene, and shows them the drugs that they failed to see being smuggled in. Erica sends Barbara to Solitary and tells Vera off. When Franky sees that Toddy has hit Doreen, she is furious. She knocks him out with her gun and the pair quickly move onto pastures new. Jean asks Meg if she can move in with her. Sarah Roberts tries to get her life back to normal after the rape. She spots the man who raped her at a shop and calls Catherine, who promptly runs him down and kills him in the street. 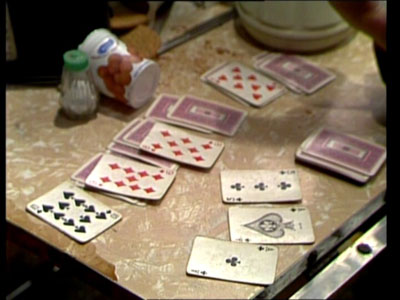