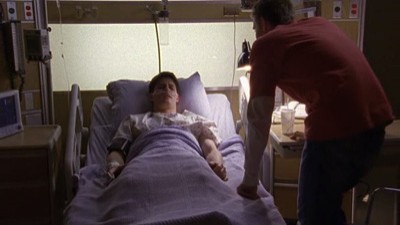 Lying in a coma after his race car accident, Nathan dreams of what life would have been like if Dan had stayed with Karen and Lucas instead of marrying Deb. In this imaginary world, Lucas would have had the wealth and stature and Nathan would have been the one growing up on the wrong side of the tracks. After waking up, Nathan phones Haley and tells her he doesn't want her to come home.