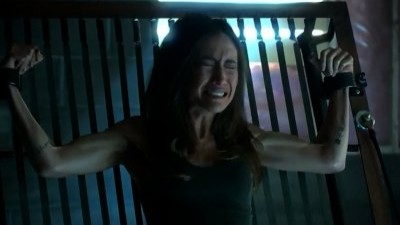 When Nikita worked for Division, she targeted a man named Nicholas Brandt and infiltrated his inner circle. She captured him and he’s been behind bars ever since. However, Percy springs Brant, and his first mission is to capture Nikita for payback. After he has her in his clutches, he tortures her, forcing Nikita to face a side of herself she thought she had long buried. Meanwhile, Percy continues to play mind games with Michael, Alex and Sean, pushing one of them to the brink of death.