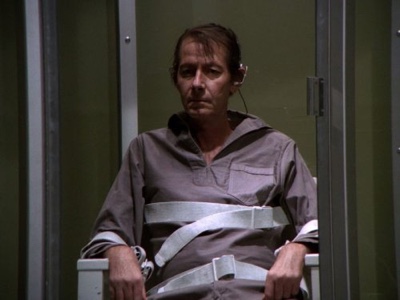 Anton Reisner, a reistance leader in a tyrannical country, has been imprisoned in the automated Trast Prison and is being tortured by Major Zelinko in order to get the names of the other resistance leaders. The IMF must get him out of the prison. Reisner is in a video-monitored escape-proof glass cubicle. Barney and Willy get themselves imprisoned when Cinnamon as head of the country's prison system arrives for an inspection. She distracts Zelinko long enough for Barney and Willy to escape, wreck the video system, and get to Reisner. But..they tell him to stay in the cell but act different, then get recaptured. Zelinko notes the discrepancy between the door counter and the written log and puts two and two together (incorrectly) with Reisner's odd behavior and assumes Reisner is an imposter. Zelinko and Gulka plot to keep the switch secret but Cinnamon arranges for Zelinko's underling Vasney to overhear it. She has Zelinko arrested and takes Barney, Willy, and the Reisner-as-the-imposte