Bobby is arrested for assaulting Peter, but Sydney later convinces Amanda to have the charges dropped. Peter makes a deal with Billy's client so that he can pay off Alycia and escape her influence. Alycia takes over Bobby's company. ""Betsy"" throws the couch off the deck and sets it on fire, and later tries to maim Michael. Jake is furious to learn that Jane sabotaged Richard's show. He gets drunk during a fashion convention and sleeps with a stranger. The woman is later hired as Jane's new assistant. Alan outs himself to a tabloid because he can no longer live a lie. Matt is hesitant to take him back. 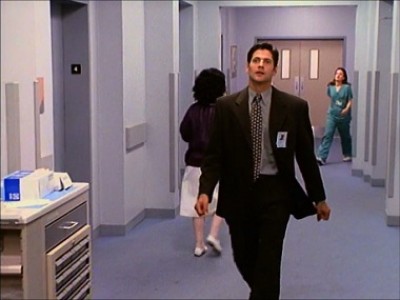