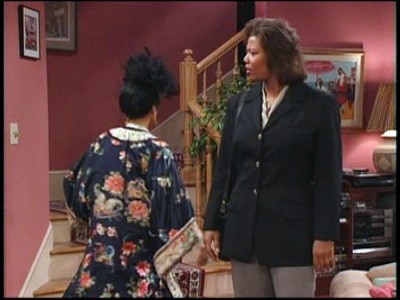 Synclaire is angry when she is passed over for a promotion. When Khadijah asks her to define the type of job she is seeking, Synclaire's friends help her to realize that she would like to become the office manager. Khadijah insists that Synclaire cannot handle such a responsibility. She adds that, given Synclaire's frequent blunders, she probably would have been fired if she weren't the boss's cousin. Synclaire quits in a huff, and lands a job at Turkey Hut. Synclaire's replacement at Flavor, Mrs. Ryan, is efficient but extremely cold and impersonal. When Synclaire comes to the office to retrieve her belongings, she helps Mrs. Ryan find a file by explaining that her filing system is based on emotions. Things that will make Khadijah happy are in the front of the cabinet, while those that will upset her are hidden in the back. Khadijah realizes that Synclaire's sweet, cheerful personality makes up for her incompetence. She re-hires her as Vice President of Office Affairs (she had already