Khadijah, Regine and Synclaire are involved in a car accident with an old woman named Shirley Shortridge. Khadijah's jeep suffers $1500 in damage. Regine believes that they should sue, but Khadijah wants to settle and put the matter behind her. Khadijah and Max negotiate with Shirley and her sleazy lawyer, Jack Peabody. Khadijah ignores Max's advice and agrees to take an $800 settlement. Jack taunts Max, telling her she couldn't have beaten him in court. Max decides that the case should go to court. When Max becomes obsessed with victory, Khadijah decides to represent herself and ask for the settlement. Jack denies offering any money. Max comes to the rescue, taking over as Khadijah's lawyer and winning a $1500 settlement. Overton and Kyle take a trial membership at a gym, but suffer the consequences when they overdo it on the stair master and Kyle tries to impress two women with his weightlifting ability. Tag: Overton trapped on runaway treadmill. 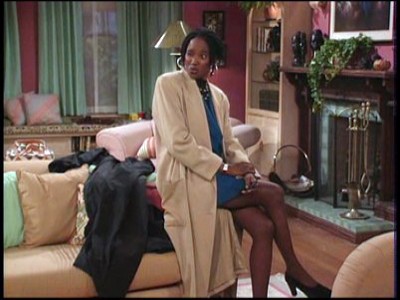