Daniel, while putting his affairs in order, stumbles across an old newspaper cutting he had completely forgotten about. It has a photo of Arthur "Pig" Mailion, with Daniel's annotation in the margin, "How about this 'geezer' for a character! Work on it!" When Daniel phones Ben Baglin in a panic, his agent advises him to burn the cutting and deny all knowledge. Dan then asks Ben for a small favour or two.Nick Balmer, already sporting a black eye from the punch he received from Daniel, is visted by two heavies sent by "Pig" Malion. Nick has no idea why, but they beat him to within an inch of his life. And just in time for his last-ditch effort to patch up his marriage, over lunch at the local Italian restaurant.Ben Baglin visits the Hammersmith address to deliver a beautiful hand-made wooden jigsaw to Mrs. Haynes, and a rather more substantial gift for Sandra Sollars: a bequest of just under one million pounds, contingent on her giving up her vendetta against Mailion. 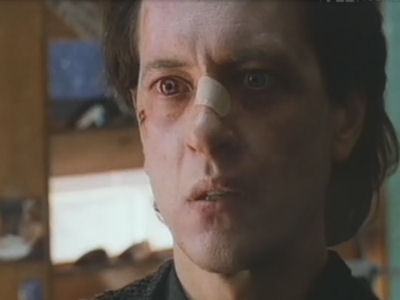