In her distress at Daniel's seeming clairvoyance, Sandra has left her handbag behind, and Daniel discovers a significant detail that is not in his script: Sandra possesses a small pistol.Mailion sets his blackmail scheme into action, but it has an unexpected effect: Nick assumes the blackmailer is a former boyfriend of Linda's named Peter Beasley and, realizing Linda has set him up, is freed of his obsession with her. But when (obliquely referring to the script problem) he tells her he must ""eliminate 'Pig' Mailion"", dangerous misunderstandings ensue.Daniel pays a visit to the Hammersmith address that he found in Sandra's handbag. There he meets Sandra's deranged mother, Mrs. Haynes, whose face is a mass of scars. When Sandra arrives, he demands to know why she has a gun. She points to her mum's disfigured face, and tells him it was ""Pig"" Mailion who had done it, twenty-odd years ago, with a broken milk bottle, and she means to take revenge.Daniel, at last regaining some control of his 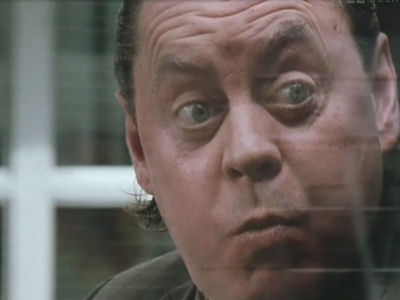