Benton drops Carter off at rehab in Atlanta. Three months later, a custodial strike is making life difficult in the ER. Chen discovers she is pregnant. Carter prepares to leave rehab. Benton interviews with Romano for a surgical attending position; he later gets it. Carter makes a slow journey back to Chicago, and gets busted for smoking in the aircraft lavoratory. Due to her ex-husband failing to pay her tuition, Abby cannot continue med school until the beginning of the next quarter and confronts her ex-husband at the driving range making a big scene. The ER is swamped with participants from a riot at a high school football game. Carter arrives at the ER and leaves promptly. 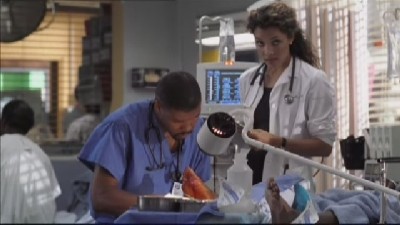