Renee receives part of an old manuscript from an associate of her Harvard professor, who believed that ancient Egyptians were visited by aliens. He claims he has discovered proof of this and then disappears. Renee visits the Giza plateau and fins she must hook up with an old flame, in fact her love, Raleigh Sinclair, who's a dashing British scoundrel and a rogue archeologist. The two must work together to search the Pyramids to locate the tomb of Askenaton, a Grand Vizier to the Pharaohs and possible ancient Atavus who had mystical powers. Renee and Raleigh have some good hot-tempered banter as they try to outwit each other, while Sandoval arrives to complicate things further. 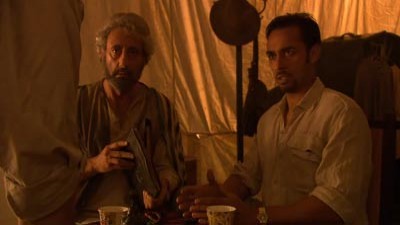