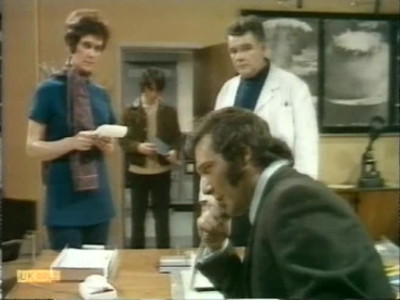 Ten Downing Street, and the Minister is anxiously waiting the arrival of Doctor Quist who is late for an important meeting with the Prime Minister. Duncan blames the traffic, Quist is being driven by car from the airport. The Prime Minister's secretary is also alarmed. Quist suddenly bursts in, he is unsteady on his feet, confused, slurring his speech and looks exhausted. He blames the driver for getting lost. He asks to be briefed on the meeting and is taken into the meeting leaving the Minister in no doubt what is wrong with the man. 'He's drunk! Doctor Quist is drunk...'