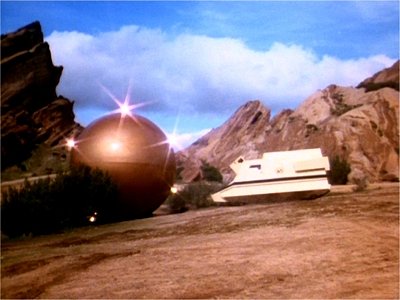 Flight of the War Witch (1)

Buck journeys through a space warp into another universe, where he discovers that the peaceful planet Pendar is being threatened by the sinister war witch Zarina. The Pendarans enlist the aid of Buck and Princess Ardala, who had followed Buck through the space warp, and an unsteady alliance between the humans and Draconians is formed as Buck leads a combined fleet against Zarina's battlecruiser.