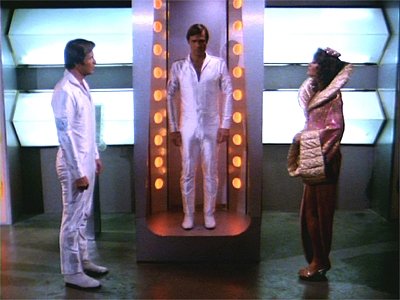 Princess Ardala returns with another plan to snare the man from the 20th Century. This time, she captures Buck by luring him aboard a phoney 20th Century spaceship like his Ranger III. Once aboard the flagship Draconia, Kane creates four duplicate androids of Buck in an attempt to have them pilot the Draconian Hatchet fighters in an attack against Earth.