Forty years after the end of the Cylon War, the artificially-created Cylons declare war on humanity by attacking and destroying the twelve colonies. The military crumbles after their newly updated ships shut down in the face of a new unknown Cylon weapon. A lone Battlestar, Galactica, due to be decomissioned and converted into a museum, turns out to be the only thing standing between the Cylons and the total destruction of the human race. 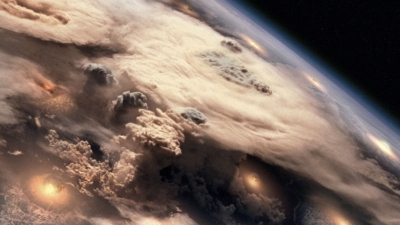