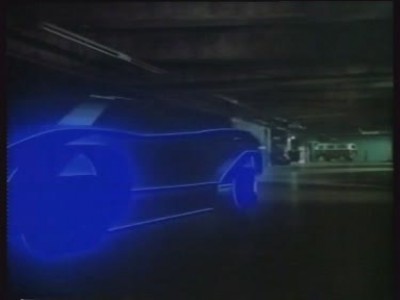 Walter Nebicher is a young police officer who wants desperately to get out on the streets and experience some action. Unfortunately, his superior Captain Boyd has assigned Nebicher to a desk job where he can utilize his skills as a computer expert. Still wanting to make a difference, Nebicher goes to work creating the ultimate crime-solving computer program. It turns out so well that the program actually takes on a life of it's own, by taking the holographic form of a man called Automan. Due to the large amount of power needed to exist outside of the computer, Automan can only exist at night, when the rest of the city's power useage is low. Together, he and Walter become one of television's most unusual crime fighting teams. They jump into their first case when Walter's friend Lt. Jack Curtis disappears while investigating the disappearances of several top scientists. Their investigation uncovers an international plot to kidnap the world's top scientific minds, who are then taken to a