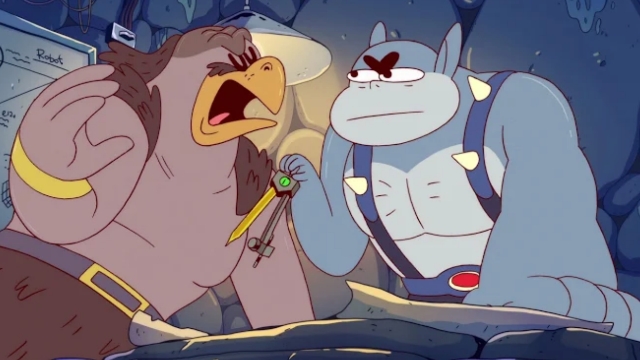 The ThunderCats finally sit the Berbils down and tell them they really shouldn't be building things for the Mutants anymore, it's time for the Berbils to stand up for themselves. The Berbils take this advice way too far and build a giant, building-sized, Berbil named Berbcules. Berb-cules takes back everything the Berbils ever built for the Mutants and everything they ever built for the ThunderCats! Now Panthro has to figure out a way to a defeat the most powerful invention the best little builders have ever built!