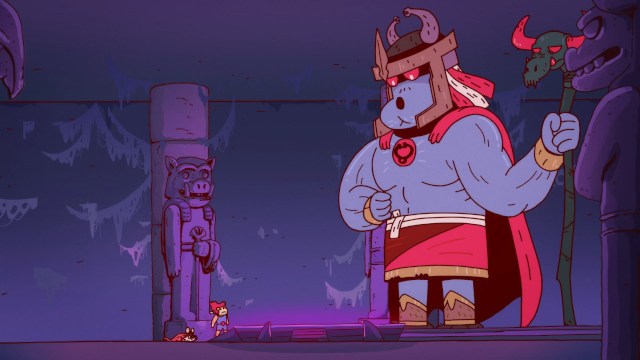 Lion-O enters the pyramid to thank Mumm-Ra, only to learn he is evil while revealing the presence of the other Thundercats on Third Earth. Mumm-Ra, explaining his Doomstaff grants him power while establishing a curse where anyone who says his name is struck by lightning, chains Lion-O up and uses a portal to attack the ThunderCats' new home. Mumm-Ra makes short work of the team despite their resistance, with Lion-O and Snarf arriving too late. Things seemed hopeless until Mumm-Ra unintentionally praised the Berbils as they hug him with his own curse used against him, enabling the ThunderCats to break free with Lion-O destroying Mumm-Ra's staff. Mumm-Ra, reverted to his natural form, escapes and Lion-O promises to stay with his team and lead them to victory.