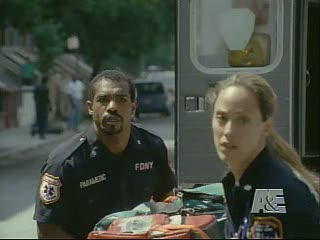 On the hunt for a robbery homicide suspect, the police shake down all young black males they encounter, igniting racial tensions throughout the city. The suspect in question turns out to be Puppet, whose younger brother was killed as a result of Puppet's gang activity despite Doc's attempts to turn him away from the streets. After he's shot by the cops and goes into hiding, Puppet solicits Doc's help by proclaiming his innocence. The ensuing lengths to which Doc goes to get Puppet to the hospital and save his life while avoiding the cops wreak havoc with Doc's relationships with both civilians and the squads.