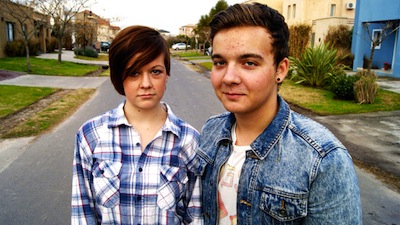 Two despairing single dads agree to send their out-of-control teenagers to Argentina for a dose of good old-fashioned South American parenting. 17-year-old Remzi Tomlin from Romford in Essex is constantly sponging off his dad, who bankrolls him to the tune of £250 a month. 16-year-old Bryony Harris from West Sussex has such extreme temper tantrums, she has been kicked out of two separate schools. To try to turn their terrible teenagers into mature adults, the desperate dads are sending them 7,000 miles away to live with the Bustamante family in the suburbs of Buenos Aires. But when Bryony threatens to punch the shocked head teacher of the school she attends, it looks like she may need a little more than a change of scene. Can a week away transform the unruly teenagers and how will they behave when they finally return back home?