The Unit ends up detaining a former Yugoslav general who was wanted for war crimes and then allows lets the U.N. take credit for their capture. However, the criminal soon escapes U.N. custody and he is now seeking retaliation against Jonas for capturing him. Meanwhile at the base, Tiffy is convinced that Mack has decided to re-up with the Unit and she's thinking of divorcing him, and Kim is the recipient of some disturbing news. 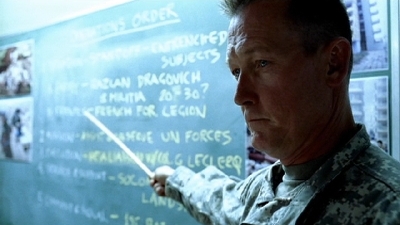