General Damon, Megabyte, Adam, & Dr. Conner meet in a hotel room. Dr. Conner tells the others that Culex was once known as Eliza Jeffries until she started doing strange experiments with mosquitos at university. She was kicked out, and later changed her name to Culex, which is Latin for mosquito. She also says the process of creating a single mosquito takes months. So naturally, Culex wants the cornucopia machine so she can make thousands of them at one time instantly. Culex calls Conner's hotel room. She says she will exchange the machine for Conner's son. Damon won't allow it. He takes the machine and puts it in a secure storage area. The terrible twins arrive, dressed as chambermaids, and try to take the machine from Conner. Conner explains it was taken and the twins leave. The Tomorrow People and two Worldex agents go after the twins and finally catch them, thinking they have kidnapped Conner. But they haven't. Conner is outside on a bench. She tells Adam that the machine requires 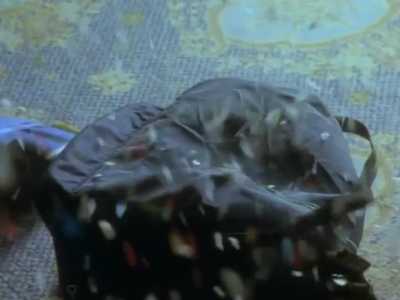