The four people gathered in the top-secret research facility seem at first to have nothing in common: Ford Maddox (Harry Hamlin) is a former spy, Rachel Sanders (Nicole Deboer) is a nurse, Roger Beckersly (Aaron Pearl) is an Army Ranger and Louise McDonnaugh (Bridget O'Sullivan) is a computer programmer. What has brought them together is their telekinetic ability, a talent that Mr. Brown (Robert Guillaume), a CIA project head, hopes to exploit through the use of Teeks, devices that amplify telekinetic power. At first, Brown tries these individual's talents out on simple tasks - moving or crushing a granite block with their minds - but soon his true intentions are revealed. Their first real assignment, says Brown, is to use their powers to kill a Balkan terrorist leader and war criminal. Rachel objects to the assignment on moral grounds, but Brown forces her to take part by threatening to send her brother to jail for life. 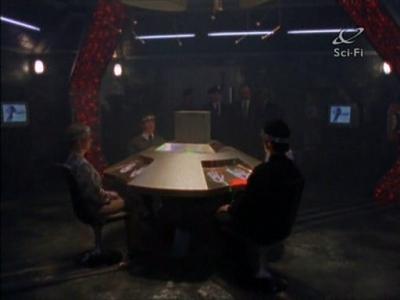