The Other Side of the Coin

While working as a clerk in a small grocery store in Ocean Grove, California, Kimble becomes embroiled in a conflict between his co-worker Larry Corby and his father Ben, who's the town sheriff. When Ben refuses to support Larry and his pregnant girlfriend, the boy dons a mask and robs the store. After being shot during the escape, Larry drives off while Ben gives chase. Larry runs off the road and Ben is shocked to find his son as the holdup man. Ben then hides Larry and after recognizing Kimble, makes a bargain: if Kimble can save his son's life, Ben will set him free. 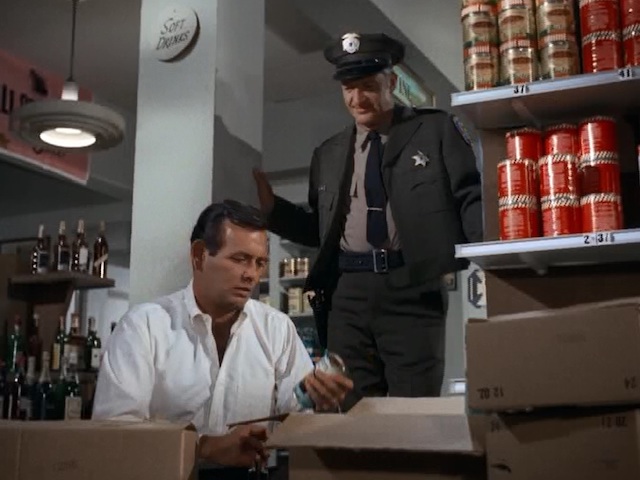