The team arrives on a planet and helps the native Ner'alds against a energized dragon-creature, a late arriving Harrison manages to knock it out. Stacey and Seattle admire the locals' markings and the guys end up teasing Stacey into getting a marking. It turns out that the paint is made of microbes and they start spreading on Stacey. They're not toxic, but will cover her entire body. They need a stream with mud to make a removal salve but another energy-resistant creature attacks â€“ Gus takes Stacey while the others hold off the monster. Avoiding a variety of dangers, Gus and Stacey make it just in time but the stream has dried up. A persistent bug creature that has been following them finally latches on to Stacey and sucks off the microbe. 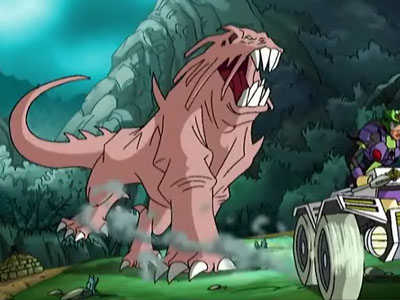