Winston Krane is murdered, and it appears to be two S&M people who did it. So Rita goes undercover to a club called Floggers, where she is immediately recognized as a cop. The people there say they had nothing to do with the killings, but they will contact Rita with any further information they find. The rest of the Krane family is a highly disfunctional bunch: There is the grandson Dell and his girlfriend Schoo, Dell's mother Caroline--who's husband committed suicide--and Winston's sister Karen. Donna, the maid, overheard Winston and Caroline fighting two nights before the murder; Caroline was upset that Winston was going to change his will, and no longer make her the sole beneficiary. So Lance and Lorenzo begin to investigate Carloine--much to Dell's displeasure. Meanwhile, Karen tells Rita she remembers her, and that her father used to bring her to the mansion when she was little. 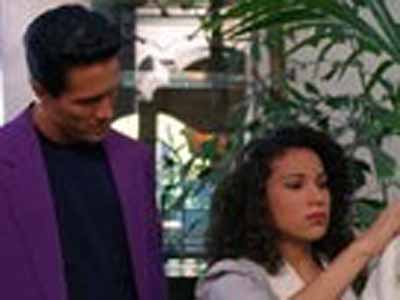