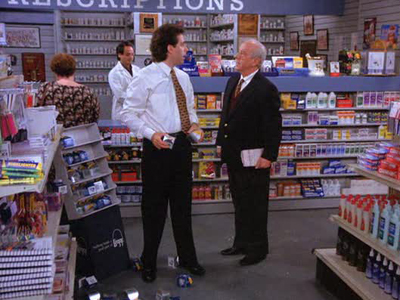 After his quick trip to Ithaca, Jerry plans to meet a super model at an airport club, but his assistant, Katie, makes the trip a nightmare. Elaine says she will quit working for Mr. Pitt, but finds out that she's going to be in his will. She becomes a suspect when he overdoses his medication. George tries to prove to his boss that he is not a racist, when he says his boss looks like "Sugar" Ray Leonard. To prove it, he tries to find anyone who's black that will be his friend. While at the airport club, Kramer meets a rich Texan with whom he starts making bets. Kramer hasn't gambled in three years and when he begins to lose, he calls in Newman for reinforcement.