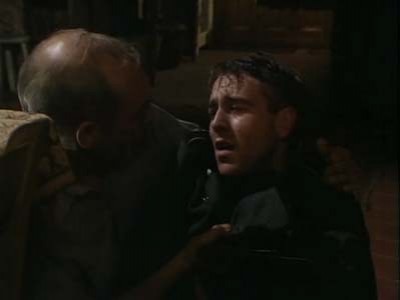 Andre De Beers, a Belgian fighter pilot, is taken prisoner by the Gestapo and forced to watch his brother being tortured to death. De Beers overpowers his guard and escapes from Gestapo headquarters, seeking refuge with his old friend Alain. Determined to exact vengeance, he begins a campaign of killing German soldiers. After Kessler orders the capture and shooting of twenty innocent people in retaliation, Albert orders Alain to kill De Beers to stop any more bloodshed, however Monique and Natalie come up with an alternative solution. Albert is forced to stamp his authority on the others to preserve Lifeline’s safety when he learns that they have taken matters into their own hands. Meanwhile, as Kessler begins to launch an innovative new scheme to police Brussels, a communiqué from Berlin has shocking news for Brandt while sudden German radio silence indicates that a significant turn in the war is about to occur. The date is 6 June 1944.