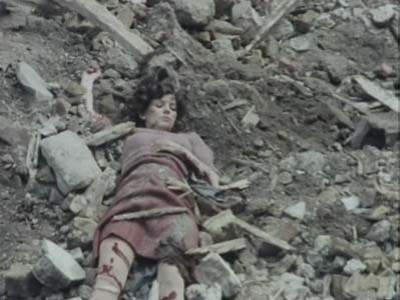 Some months have passed, and Albert and Monique are preparing for the grand opening of the Restaurant Candide on Brussels’ Grand Place, financed by London to allow Lifeline to continue its activities. Lifeline also recruits a new forger, Max Brocard. Alain brings a British agent to the Candide with an urgent request from London: a Brigadier General with information on a major Allied offensive in North Africa (named in the programme as Operation Torch) has been shot down on his way to a top secret meeting and must be rescued at all odds. Natalie has already discovered the Brigadier and prepares to take him down the line. However, disaster strikes when a German soldier is murdered, and in retaliation, Kessler orders that twenty people are to be held hostage and shot if the killer doesn’t give himself up. The Brigadier is one of the hostages.